A plaque to the Wagners 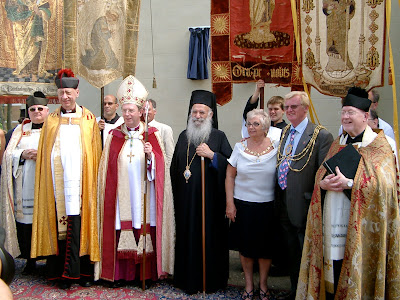 The Wagners, Henry & son Arthur, would no doubt have been mightily pleased with the  religious ceremony attending the unveiling of a commemorative blue plaque on Saturday.  They were both ardent Anglo-Catholics, supporters of the Oxford movement, and possessed of great wealth from a hatters business at a time when everybody wore hats. Great wealth provides the means to indulge eccentricities and in the case of the Wagners this manifested itself in the "London, Brighton & South Coast Religion",  a wry reference to the private railway company which concurrently was doing so much to establish Brighton's popularity as a seaside resort. To support anglo-catholicism, and also, let it be said to bring religion to the poor of the town, the Wagners caused to be built many wonderful churches, some of which are still with us, St. Pauls, by Henry & St Bartholomews by Arthur, are prime examples.

The Wagners are important, colourful, figures in the City's architectural and social history and their commemoration at their home, the Old Vicarage, Temple Gardens, now part of the Girls' High School, is entirely fitting. 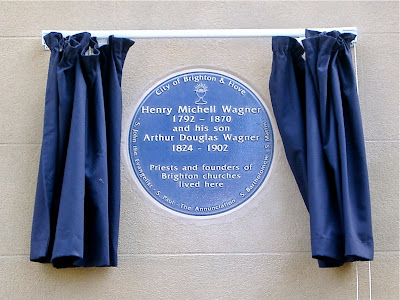