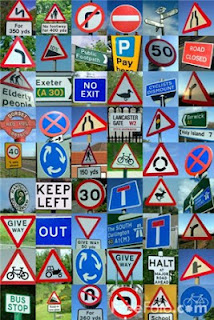 From a City Council press release:-

Twelve one way streets in the North Laine area of Brighton could be opened up for cycling in both directions, under proposals being considered by Brighton & Hove City Council's Environment, Transport and Sustainability Cabinet Member Meeting (CMM) on March 27.


The roads being considered (see list under notes to editors) all currently have 20mph speed limits, and signs and road markings would be used to ensure cyclists and other road users share the streets safely.


Councillor Ian Davey, the city council's Cabinet Member for Transport and Public Realm, said: "The proposals are all about making the whole area more accessible for cyclists, and making it easier for people to get to the shops and businesses in the North Laine. . . . They will also address the concerns raised by local residents and businesses regarding cyclists who use pavements and twittens, by permitting people to cycling legally on the street."


He added: "A lot of people already cycle in both directions along these one-way streets, putting in the necessary safety measures of signs and road markings would help make sure all road users are aware of the shared use."

. . . Presumably this is just to satisfy some bureacratic mind somewhere and let cyclists go on doing legally what they do anyway. No one in the North Laine, including motorists, seem to read road signs.