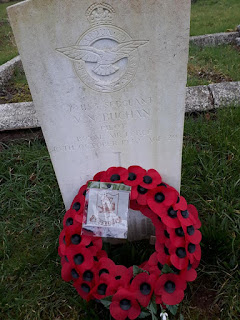 In February this year Hove College Old Boy Jeremy Malies, 1974/78 traveled to the West Country and laid a wreath for fellow collegian Victor Buchan. Victor died in October 1940 when his plane disintegrated shortly after take-off from an aerodrome in Middlezoy, Somerset. The plane was a civilian craft - a Percival Vega Gull. The RAF requisitioned most of them. Buchan was 29. He was born in Steyning, married with no children.