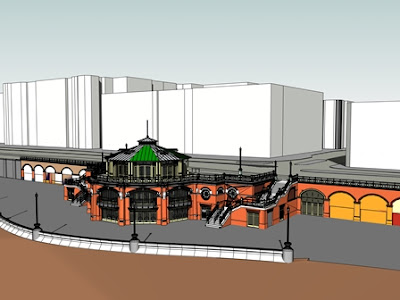 Councillors are to discuss investing extra money in the scheme to save Brighton’s seafront road and  to recreate the 1880s Shelter Hall as a seafront centrepiece. The authority had originally been working to a budget of £10.6m.  So far £12.2m has been spent.  Now a new report recommends an extra £7m is needed for two key reasons:

As well as costing more, the project’s complexity means it will take longer.  It had originally been expected to complete this summer. It is now likely to be autumn 2019.

A finance report to the policy, resources and growth committee on 8th February suggested mainly raising the cash from central government.  The total would comprise £4m of Department for Transport grants, £2m of borrowing and £1m from other council sources.

Council officials say at the time the bid was made in 2015 it was not possible fully to assess risk factors such as ground conditions, the full state of historic structures and uncharted underground services.

Examples of factors which require extra funding include: