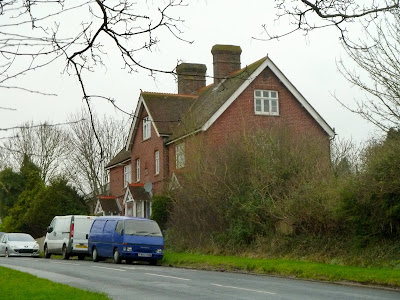 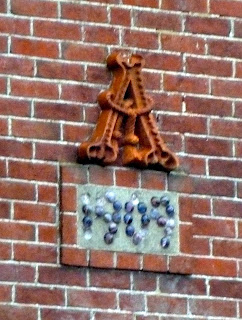 These cottages of the former Patcham Court Farm, on what is now Vale Avenue,  bear the terracotta insignia of the former vast Abergavenny Estate. The date of their construction is recorded in half-embedded large glass marbles. The builders of the Edwardian era obviously took a pride in their work. After 109 years the brickwork, woodwork & tiling appear as sound as the day they were built.
They are locally listed as a good and relatively rare example of early 20th century farmworker’s cottages.

It is therefore disappointing to see them vacant. Unused and unheated properties are prone to accelerated delapidation even if vandalism is avoided.

The Patcham Court Farm site has in the past been suggested for a park & ride scheme and in May 2012 the DeVere Group withdrew proposals for a 'boutique' hotel. The site has not been put on the Council's brownfield register yet buildings elsewhere on the site are being allowed to fall down.

At a time of acute housing shortage there seems no reason that the Abergavenny Cottages should not be brought promptly back into use. 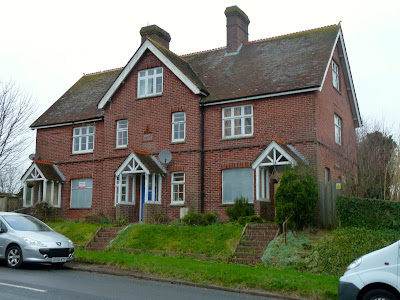