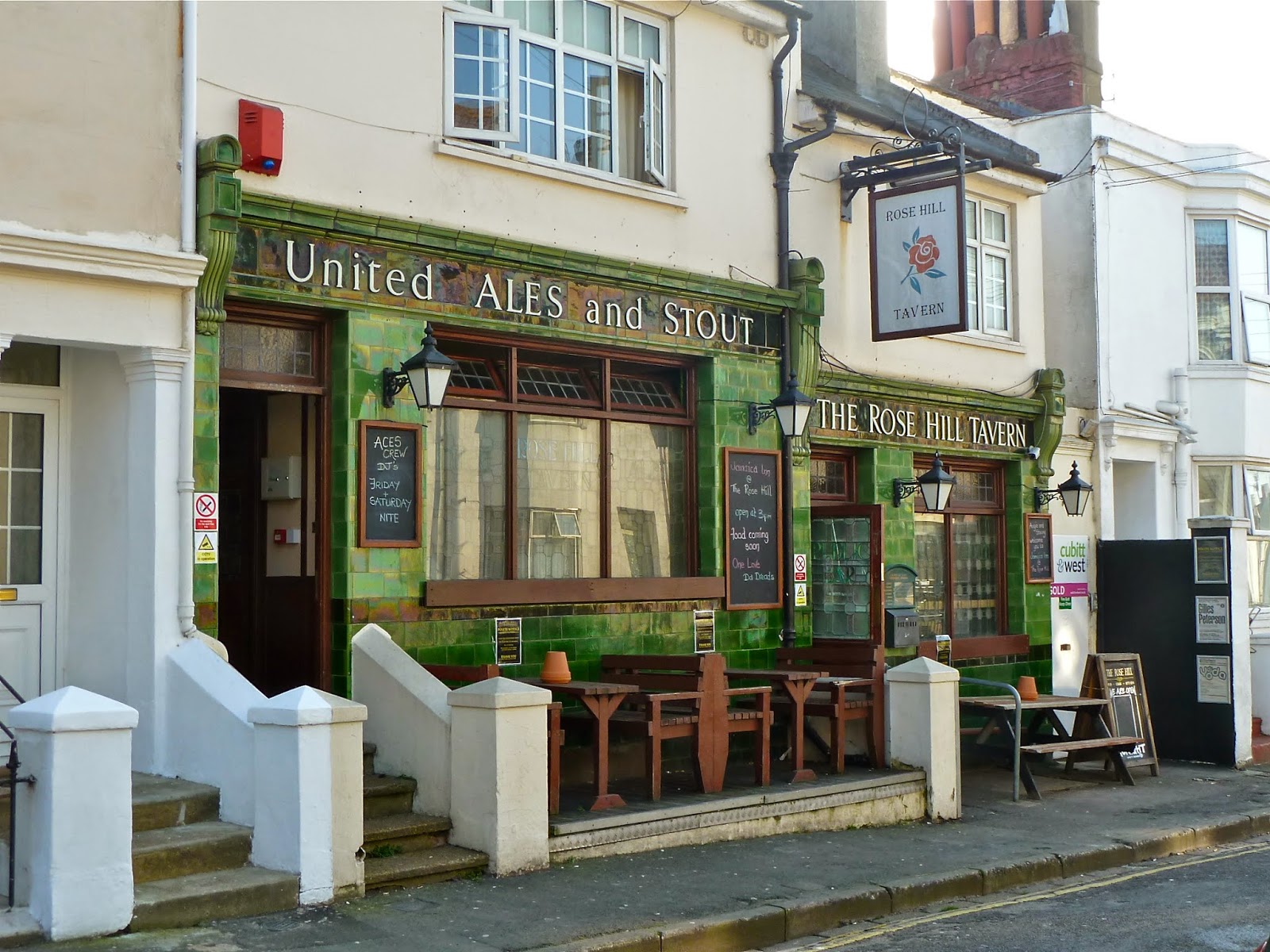 Earlier this year this, now vacant, 144 year old public house became the second property in the City (after Saltdean Lido) to be added to the Council's "List of Assets of Community Value".

A building or other land is an asset of community value if its main use is - or has recently been - to further the social wellbeing or social interests of the local community and could do so in the future. The Localism Act states that 'social interests' include cultural, recreational and sporting interests. Homes, hotels, assets being transferred between kindred businesses, and Church of England land holdings, are exempt from listing.

The "Save the Rose Hill Tavern Campaign" has a facebook page here and a petition here.

The Brighton & South Downs branch of  the Campaign for Real Ale, (CAMRA)

has a more general, but relevant, epetition on the BHCC website here.