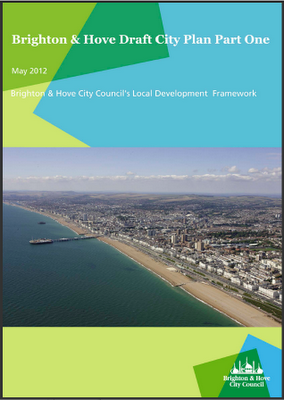 On 10 May 2012 Cabinet approved the Draft City Plan Part One [PDF 3.38mb] for public consultation for eight weeks starting Monday 28 May and ending 20 July 2012. You can also see the cabinet agenda and report. The council is seeking views on the draft plan before a final version is submitted to the government next year for independent examination.

All comments must be received by no later than 20 July 2012.

Comments on the Draft City Plan part 1 will inform the final version of the City Plan which will be taken to Full Council at the end of this year for approval.  The final, formal stage of consultation on the City Plan Part 1 will be about the tests of ‘soundness’ and this is scheduled to take place January – February 2013. Currently the proposed dated for submission to the Secretary of State is April 2013 and the proposed date for adoption is January 2014.