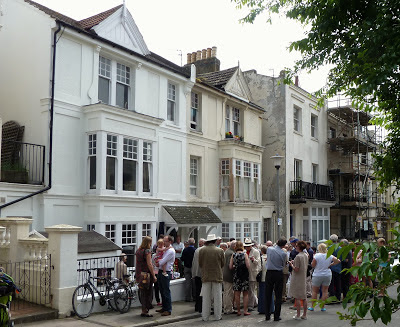 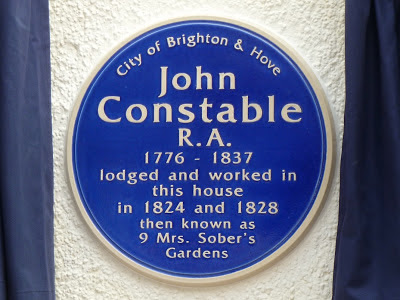 Although Constable's correspondence address in Brighton, 9 Mrs Sober's Gardens, has long been known, the exact  location of the property has only reently been established by artist Peter Harrap and local journalist Shan Lancaster. An article in the Burlington Magazine April issue describes their research in detail. The street name, the  number and the facade of the little Regency house have all been altered but the internal layout is unchanged since 1823.

During his stays at Brighton Constable produced 150 paintings including the famous "Chain Pier", 1827, now in Tate Britain. Many of the other Brighton works went to galleries in Paris where he was especially admired, being awarded a medal by Charles X and a Gold medal at Lille.


Peter Harrap and his partner Natasha Kissell, who are both artists, now use
Constable's light-filled top floor painting room as their own studio.

In April- October 2017 in Brighton Museum  Peter Harrap will curate an exhibition "John Constable in Brighton" where it is hoped to have a large selection of the works that issued from the house.