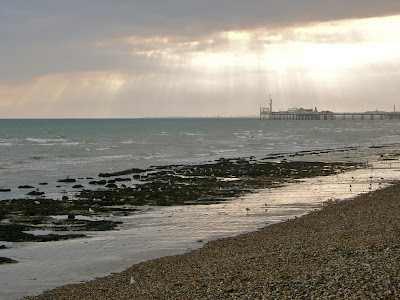 During a recent low tide the remains of the track bed of the Rottingdean Railway were revealed; curving in to the Banjo Groyne, where it used to terminate. 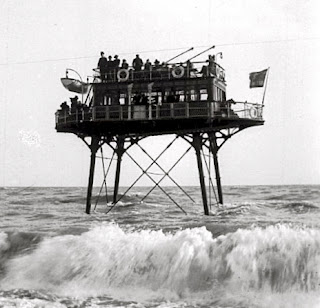 This photo was probably taken with the Pioneer, as the car was called, travelling away from the Banjo Groyne with a following wind. Top speed was 8mph but it was dependent on the tide and more often hardly walking pace was achieved.
It ceased operation in 1900 due, it seems, to the non-cooperative attitude of the Corporation who wanted the line diverted further out to sea in order to build new groynes.
at 18:53